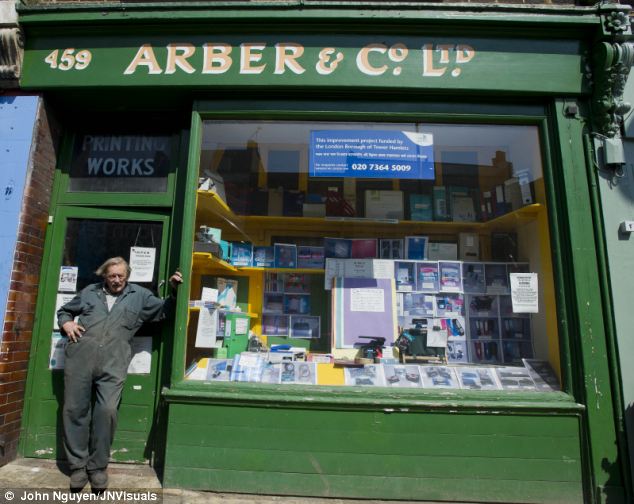 By Harry Mount for the Daily Mail

An oil bomb hit the back garden of the printing press, but the presses in the basement of the shop on Roman Road, Bow, continued to roll.

An incendiary bomb also landed in the outhouse toilet, but only succeeded in burning the roof. In another raid, Albert Arber, an evening auxiliary firefighter when not at his daytime printing job, was killed by a collapsed wall hit by a bomb. And, again, the presses did not stop.

WF Arber & Co, a popular Roman Road, Bow printing house, has been forced to close its doors after 117 years due to heavy parking fines and high commercial rates awarded by Tower Hamlets Council.

The oldest printing house in the East End, it has been in business since 1897 – printing brochures for suffragette leader Emmeline Pankhurst at the turn of the century. But last month Gary Arber, 82, finally closed the store his grandfather, Walter Arber, had built in the final years of Queen Victoria’s reign.

Hitler couldn’t stop the Arbers, but the Tower Hamlets Council parking policy did.

After 60 years running the family shop, Mr Arber has now retired with his wife – who worked in the shop and sold toys – to their home in Romford in Essex.

Even if there had been a viable business to be taken over, there are no Arber children to run the business. “The money stops with me,” he says.

In Mr. Arber’s display case is a desperate printed notice – one of his last print jobs. It reads: “Notice – This store will close at the end of May.” We’ve been here for 117 years, printed for suffragists, survived enemy bombing in two world wars and now we’re done due to Tower Hamlets Council parking policy ”.

A spy camera on a nearby pole is fining every customer who stops outside in a car – and the store is no longer earning enough to pay the council’s high shopping rates.

Even a local church minister was fined £ 65 when she pulled her car to a stop outside to pick up two heavy boxes of paper for her church.

There is a bay outside Mr. Arber’s premises that promises 20 minutes of free parking for loading. But two spy cameras at each end of a stretch of Roman road stop every five minutes – and if the car isn’t actually loaded when these photos are taken, a fine of £ 130 (halved if it is gets paid quickly) goes to the poor unsuspecting customer. 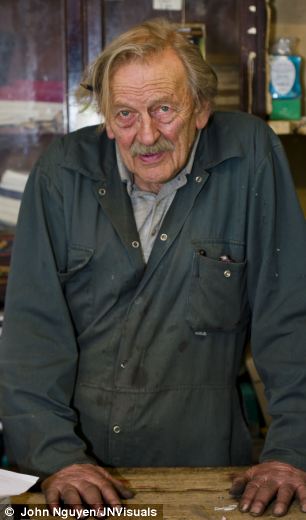 Onwer Gary Arber, of Romford, had to pay a £ 2,000 down payment on the £ 6,300 annual commercial tariffs – money he couldn’t afford as parking tariffs had put customers off.

“It has been going badly for the last ten years, since the council introduced more severe parking restrictions. In the past it was possible to park everywhere here for free. The rates were once manageable, but now they just don’t make sense.

“The board does more than us from the store.

Tragically, Arber & Co isn’t the only small business to be brought to its knees by the army of municipal parking guards across the country.

Figures show £ 150,000 in one-off fines being imposed daily by councils using CCTV cameras. And over the past five years, town halls have imposed £ 310million in traffic and parking fines.

The last straw for Mr Arber came last October when he had to pay a £ 2,000 down payment on the £ 6,300 annual trade tariff. But the company – crippled by a lack of customers, triggered by the council’s parking policy – was no longer able to pay for its place.

Mary Portas – Mary, Queen Of Shops TV – visited recently in an effort to help businesses on Roman Road. But she couldn’t save Arber & Co.

And so Mr. Arber had to make the tragic decision to close the shutters on more than a century of family history. The real estate developer who bought the building from him will transform it into apartments.

Founder Walter Arber started the business as a manufacturer of paper bags to meet the demand for bags printed with store details, in newly built premises. His wife, Emily, also sold toys there.

This pattern – of a Mr. Arber making the print and a Mrs. Arber selling toys – continued for three generations until the time of Gary Arber.

You can still make out the faded advertisements for Scalextric cars and Chopper bikes (“For Fashionable Shoppers”), pasted on the original furnishings of the Victorian lumber store. The counter has been erased by a million transactions; a glass cabinet has a wooden edge nibbled by the perforations of a thousand pins.

During World War I, the business, which had grown into bookbinding, remained open, and in the 1930s Walter Arber designed new paper tea packaging. The business flourished during World War II, thanks to government printing contracts – fulfilled even at the start of the Blitz.

“The garden of the shop was destroyed by an oil bomb and the high wall leveled the garden,” explains Gary Arber. “My grandparents were lucky because they didn’t get out of Anderson Vault until before the wall collapsed.”

Albert, his volunteer firefighter uncle, was not so lucky. 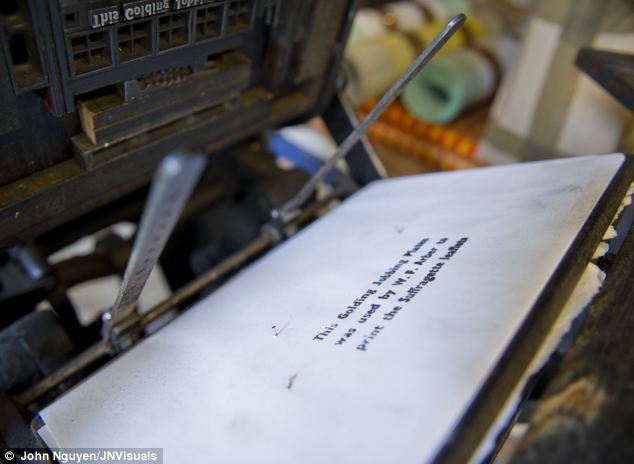 One of the printing presses in action. Mary Portas – Mary, Queen Of Shops on TV – visited recently to help businesses on Roman Road – but she couldn’t help the business

“He was running a pump just around the corner when a bomb knocked down a wall and killed him.

“His wife was pregnant with his first child, whom he never saw. A blue plaque marks the spot where he died.

Mr. Arber has pulled his historic presses out of the basement. They ranged from a 1900 Wharfedale press to a 1952 Mercedes Glockner. Character trays are still kept in his first-floor office – like all main printers, Mr. Arber can still read characters printed upside down because they are found in the metal. On his desk is a page of metallic prints, dating from 1950, which reads: “Ministry of Agriculture and Fisheries: tuberculosis screening”.

Among the equipment the Arbers owned was a 1939 Heidelberg press.

“My father bought it,” said Mr. Arber, “we were about to pay the Germans when the war broke out. We paid the UK government instead. I never knew if they had paid the Germans later.

Most of the presses were moved to Catseye Press, Happisburgh, Norfolk, to be part of a private collection of vintage printing machines. But there is one left – the Golding press of 1900 on which the Arbers printed leaflets for the suffragists. This press will be on display at the Bishopsgate Institute in the City.

“My grandmother was a suffragist,” says Mr. Arber, “She had my grandfather printed for free.” 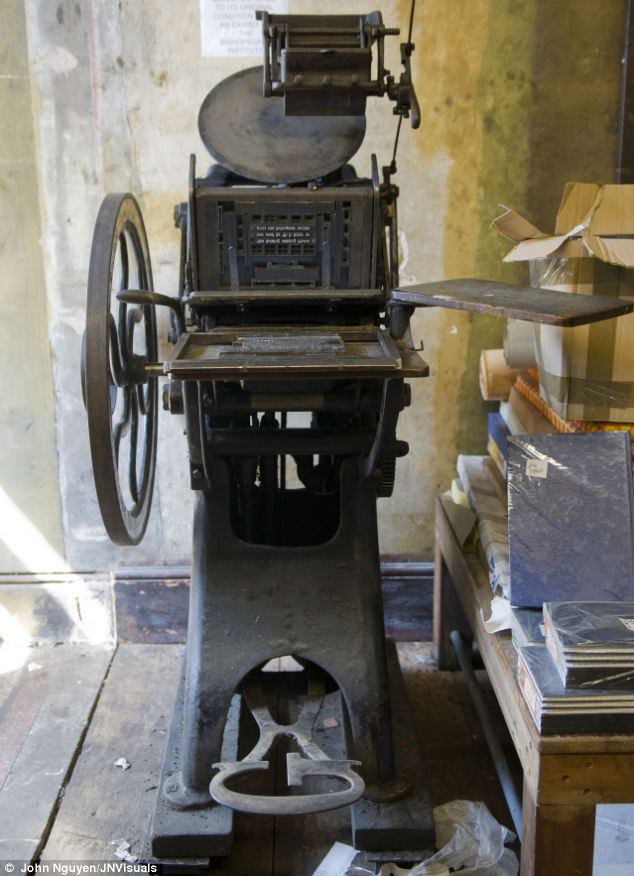 The company’s printing presses, one of which is pictured, helped print brochures for suffragists during the struggle for the vote. Mr Arber remembers telling his grandmother about suffragettes, he says

Mr. Arber remembers talking to his grandmother about suffragettes.

“I think she was the muscle of the movement,” he said with a smile, “I was telling her a story about how the Kray twins pushed someone into a canal, and she said she did. the same goes for the Suffragettes. ”

The Krays also used to have their boxing promotions printed at Arber & Co. “The twins were decent guys,” says Mr. Arber, “If someone assaulted an old lady here, they ended up on the wrong side. twins, they had standards.

By the time the Krays reached the East End, Gary Arber was running the family business. His father died in 1954 at the age of 53, and Gary had to give up a career in the RAF to lead it.

“As the company still employed a lot of family and staff, I had to redeem myself from my very happy career in the RAF,” he says, “I’ve been stuck here ever since. ”

Mr. Arber is not a sentimental man, but you can sense a sadness beneath his cheerful exterior. “I was happy to keep working,” he says, “I don’t like to be beaten. “

You can see why. If your family took out Hitler – and the Kaiser – it’s deeply depressing to be killed by the parking tsars of a tinsmith board.