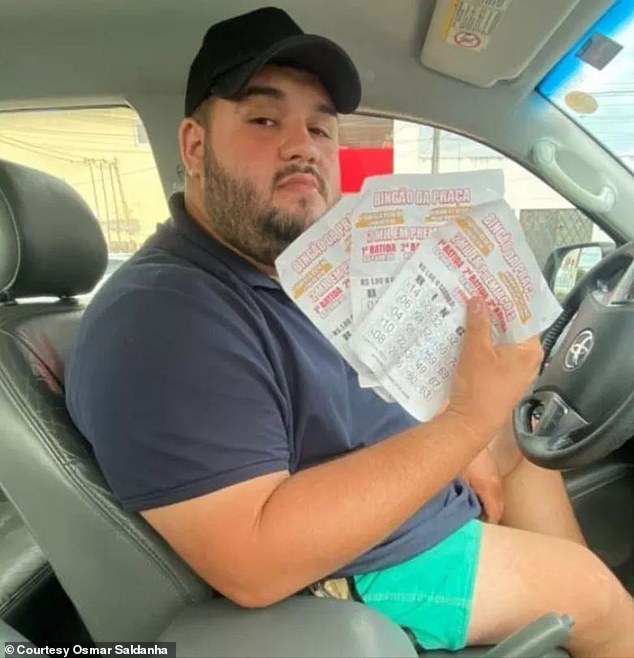 Now it’s a full house! 101 Brazil Bingo Players Celebrate Winning Jackpot At Once After Printing Mistake Number 49 On EVERY Card

By Adry Torres for Dailymail.com

Here’s the wacky moment when a massive group of bingo players claimed the grand prize money due to an error on each of their cards.

A total of 101 people gathered in a square in Ceará, Brazil, for a night of bingo on Saturday when they burst into excitement when number 49 was called.

Footage from the chaotic scene showed the bingo players happily waving their cards, each claiming the prize of 1,000 Brazilian reals, or about $184.

The jackpot was rounded up to $190 and split evenly, Brazilian news outlet G1 reported.

Osmar Saldanha bought three cards for the bingo game held near the motorcycle shop he owns in Ceará, Brazil on Saturday. He was among 101 people who cashed in the $184 prize which was rounded up to $190 because they all had a card with the winning number, 49, which was printed in error. 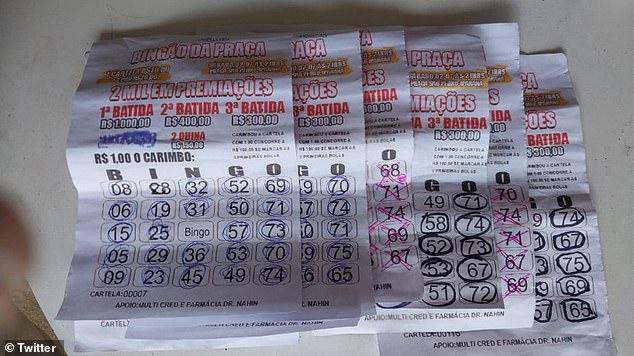 One of 500 bingo cards (first left) that mistakenly featured the number 49, the winning number that was announced and sent 101 bingo players into a frenzy in Brazil

Maurício Façanha, who ran bingo for two years, accepted blame for the error.

He told G1 that he was unaware that each of the 500 model cards produced at his print shop featured the winning number.

“I was stunned trying to figure it out, but when I stopped to analyze it, I saw… all the cards had (number) 49,” Façanha said. “It was a graphical error that shouldn’t have happened. For me, it was surprising. Everyone was euphoric to have won. They started screaming. 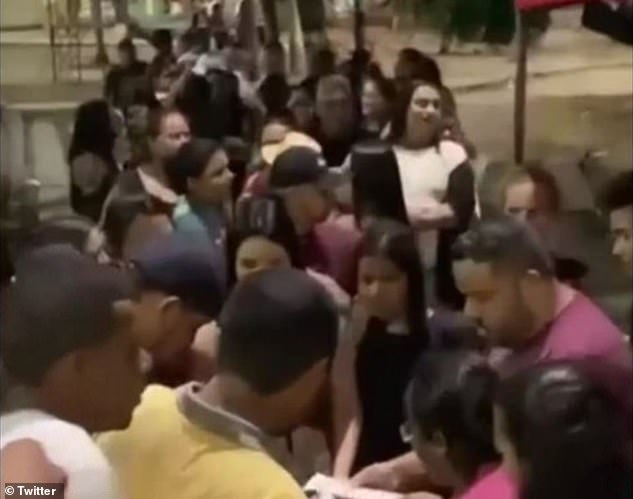 Stunned bingo players gather and show off their winning game cards, each containing the number 49 which was mistakenly printed on 500 cards 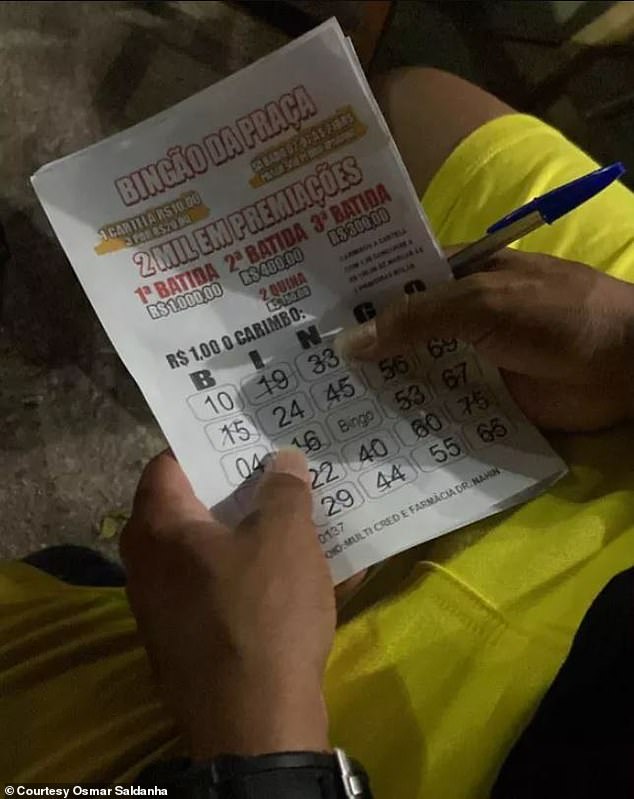 Osmar Saldanha buying three cards for the three bingo games held on Saturday near his motorcycle shop in Ceará, Brazil, but left with a bittersweet taste as he had to share his winnings with the other participants

The stray cards affected two other bingo games that left 75 people splitting $73 and 42 others splitting $54 in winnings.

Osmar Saldanha had a bittersweet taste over the grand prize outcome after buying three cards for the bingo held near his motorbike shop. 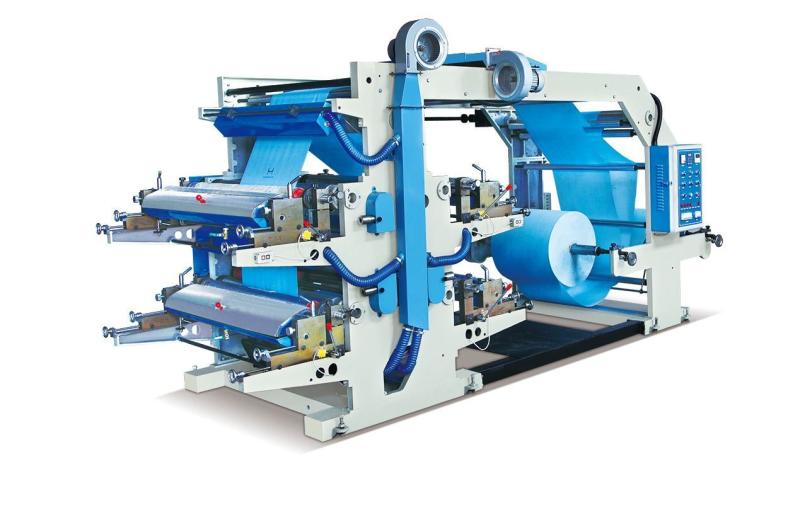 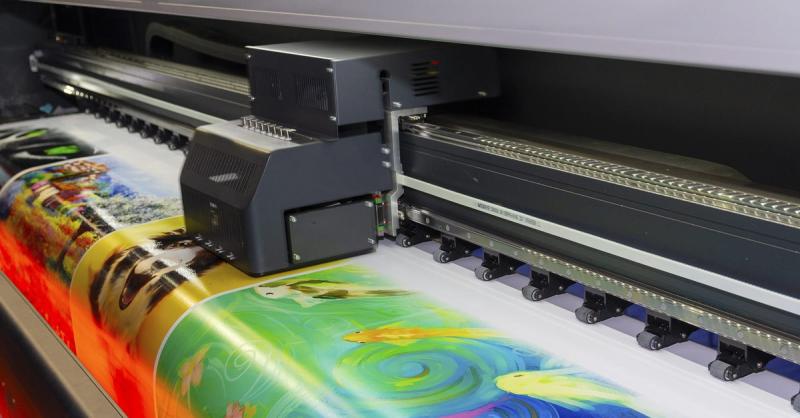 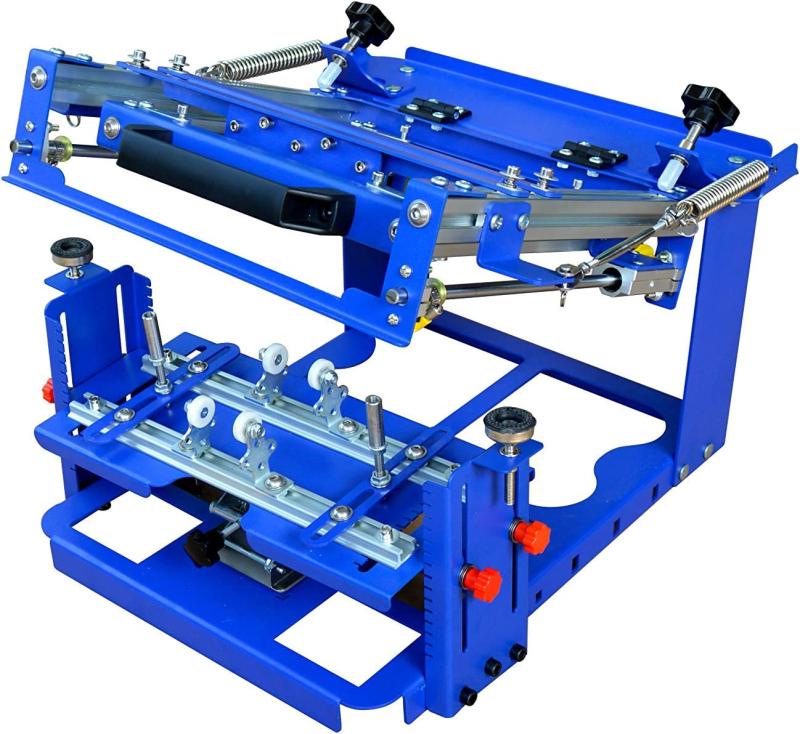